Python is a programming language aimed to be easy to learn. First time was released in 1991 and is influenced by C++, Java, Perl and more.

Allows object oriented programming and procedural code writing, it uses common syntax functions such as IF, FOR, WHILE, TRY, CLASS, also is using common words for boolean values (true, false) such as AND, OR, NOT.

Developers can define their own functions or use built-in ones.

Filter alternatives by all licenses and all platforms
License
Platform

0
Like
Perl
Open Source
Perl is developed since 1987 and it looks similar with C. Is used often to…
Linux Mac Windows

0
Like
Ruby
Open Source
Ruby is a general programming language that was influenced by Perl. Is an object oriented,…
Linux Mac Windows 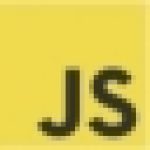 0
Like
JavaScript
Open Source
JavaScript is a programming language launched in 1995 and is influenced by C. Often is…
Linux Mac Windows

We use cookies to ensure a complete experience on our website.OkRead more